HomeBlogMarinelifeBaby Dolphin saved After Tsunami Dumps it into... 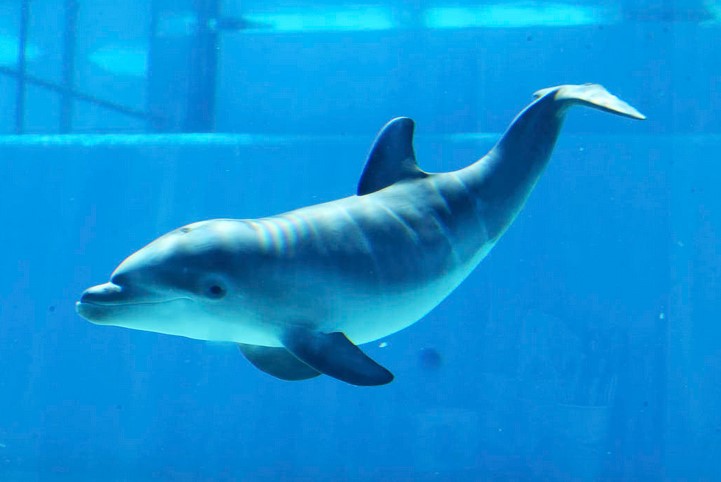 While Japan still struggles to cope with the aftermath of the terrifying earthquake and tsunami of March 11, people of the country have not forgotten to shower their kindness to animals too. A pet shop owner, who has been rescuing animals from the devastated areas, saved a baby dolphin that had been thrown away into a rice field after the tsunami.

After the 9.0 magnitude earthquake and tsunami, left 23,000 people dead or missing in Japan, 32 year old pet shop owner Ryo Taira was helping rescue animals when a passerby informed him that he had spotted a baby dolphin in the paddy fields.

“A man passing by said he had found the dolphin in the rice paddy and that we had to do something to save it,” said Taira.

Taira found that the dolphin was struggling in the little water in the rice field. They tried to net the creature but failed. Then Taira waded into the waters of the field that was yet to be sown with rice. He then cradled the baby dolphin in his arms which was about 3 feet long.

“It was pretty weak by then, which was probably the only reason we could catch it,” he said.

He and some friends immediately wrapped the dolphin in wet towels and drove to the sea to set it free.

Taira says that he felt the baby getting perked up when it was back in the sea waters. He hopes that he did the right thing.

“I don’t know if it will live, but it’s certainly a lot better than dying in a rice paddy,” Taira said.

Amongst destruction and hardship, saving every life that can be saved seems to be a priority in Japan.