New mama Kijivu was photographed holding her nine day-old baby at the Prague Zoo in the Czech Republic. 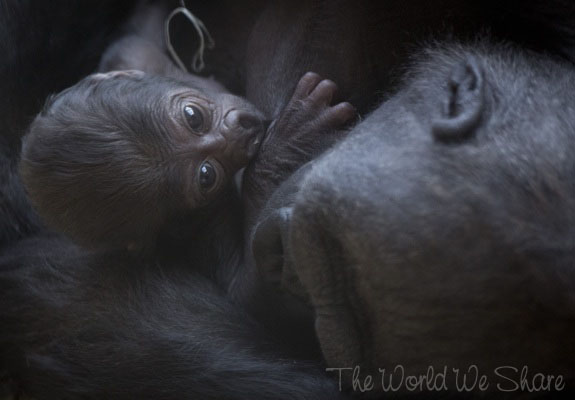 The Daily Mail reports that Zoo staff are also anxiously preparing for another expected arrival.

The most senior female at the zoo called Kamba is heavily pregnancy and expected to give birth this year.

Born in the early 1970s in Cameroon’s tropical forests, Kamba became pregnant in 2007 but the infant died and she also nearly lost her life in the process.

‘There will be a team of medical specialists ready to solve any possible complications when Kamba is giving birth. Furthermore, we will build a temporary operating theatre on the premises of the pavilion.

‘We are all hoping Kamba’s story is going to be a happy one. But I must emphasise her giving birth can present some serious complications.’

Our fingers are crossed for a safe delivery for the mama, who is more than 40 years old!